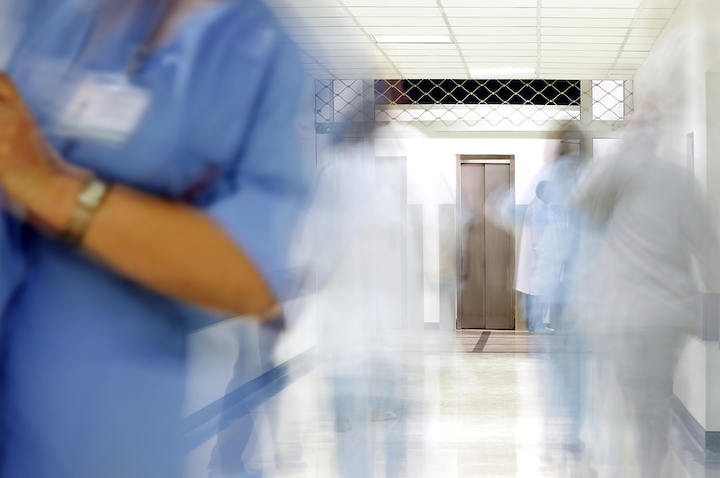 A patient at Our Lady of the Lake Regional Medical Center in Louisiana was arrested after punching the nurse treating him in the head and attempting to attack a doctor.
(Image courtesy bigstockphoto.com)

A patient at Our Lady of the Lake Regional Medical Center was arrested after punching the nurse treating him in the head and attempting to attack a doctor — the first reported assault on medical personnel this year.

While staff were treating 45-year-old Jamie Jones at the hospital Monday, he became violent and angry, according to booking documents. He punched one of the nurses overseeing his care in the head several times, then tried to enter a locked nurses' station to attack a doctor.

Jones yelled threats at the doctor as he breached the nurses' station doorway, but hospital security and other medical staff subdued him before he could reach the doctor. Documents say Jones continued to shout at the doctor he was going to "get him."

A sheriff's deputy who responded to the scene noted the nurse had swelling and scratches on her left ear, along with head pain that required medical treatment. When questioned, Jones said he felt disrespected by staff and said he was justified in his attack.

Although this is the first reported assault on medical personnel in the new year, 2019 saw multiple attacks on nurses, technicians and doctors at OLOL. At least five other attacks have been documented since last May, leaving nine people injured.

In December, patient Angela Pitts, who said she wanted to go home against the advisement of staff, pulled one technician's hair and jumped on her back as she tried to choke her; she then pushed another technician to the floor as the technician intervened.

On Thanksgiving Day, patient Croshay Reed punched an East Baton Rouge Parish Emergency Medical Services paramedic in the face after she became aggressive following a car wreck. Evan Kelley barged into the nurses' station in the Emergency Behavioral Health wing in September and knocked over a nurse before punching her in the face several times. He then punched a doctor and choked a second.

In June, Camisha Simmons was arrested after she pulled a nurse by the ponytail and bit a doctor on the arm. Another incident occurred in late May, when Dontonyo Grey walked up to a doctor and knocked him unconscious because "he felt like it."

After Baton Rouge General nurse Lynne Truxillo died in early April from complications following a patient attack, workplace safety concerns for medical employees have increased, both locally and nationally. Her death prompted members of the nursing community nationwide to demand better hospital safety practices to minimize their profession's dangers, which have long been a problem.

The patient in Truxillo's case was arrested on a count of manslaughter.

In response to the attacks, OLOL spokesman Ryan Cross said violence is not tolerated at any of the hospital system's locations. The hospital launched a workplace safety committee to address the problem and expanded the use of individual panic buttons, according to Cross. OLOL has also equipped high-risk units with 24-hour security and crisis intervention training.

Cross added that they encourage team members to press charges following an attack when applicable.

“This must stop. We must send a clear message that violence of any kind toward healthcare workers and first-responders is cowardly and unacceptable,” Cross said. “If a patient or guest violently attacks our team member, we will always respond and support our employee.”

Terrorists could make a ‘dirty bomb’ from this common medical device; why regulators won’t act

Nurse stabbed in the face with fork at La. hospital 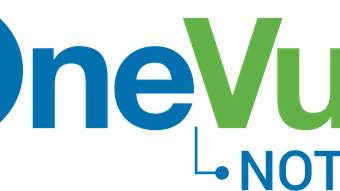 The integrated platform allows administrators and executives to synchronize their critical communications and get messages out quickly in an emergency
Primex
Sep 18th, 2019 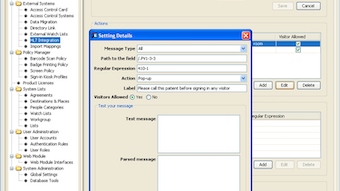 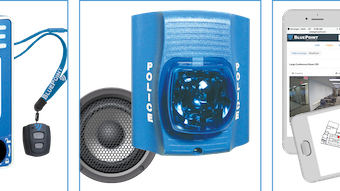 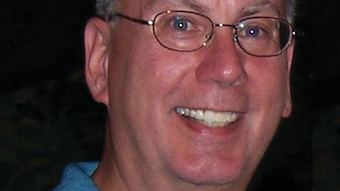 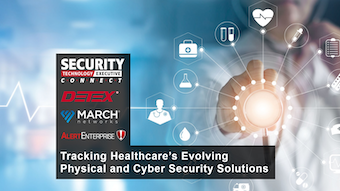 An in-depth look at how healthcare organizations are leveraging technology to address a wide range of threats
AlertEnterprise
Jul 2nd, 2019 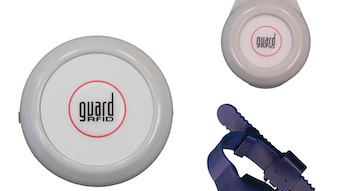 Includes a user activated push button that may be configured to alert authorities in the event of an accident or emergency experienced by the user
Guard RFID Solutions
Jun 27th, 2019

The intersection of technology transformation and security in healthcare 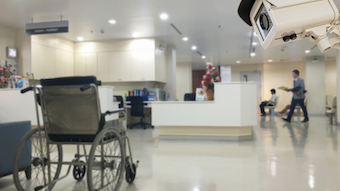 Risks on the Rise in Healthcare Sector 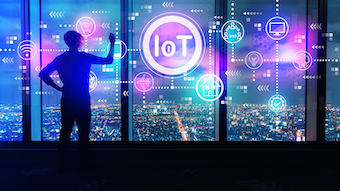 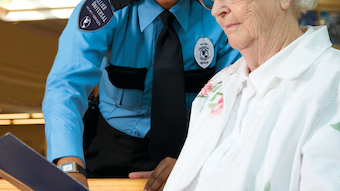 The evolving role of security creates an opportunity to leverage the expanded roles in other disciplines
Mike Dunning, CEM, CHPA
Jun 17th, 2019

Healthcare Security Crisis: What’s Keeping Them Up at Night