Security Business Dec. 2019 Cover Story: Active and passive drone defense technologies can provide integrators a path into a variety of vertical markets that are hungry for solutions 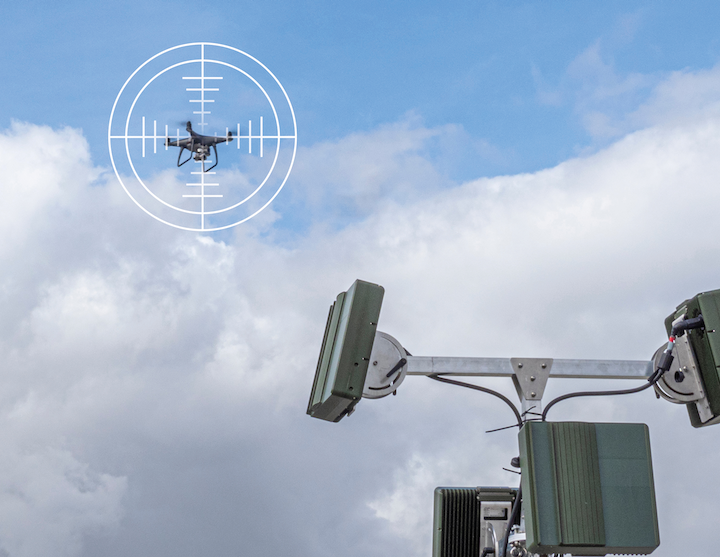 As the use of advanced and affordable drones with sophisticated sensors expands, we are witnessing an unstoppable threat escalation across many industries and vertical markets. Terrorists can operate commercially available small drones or unmanned aerial vehicles (UAV), dropping explosive payloads, harmful substances, pulsed energy and RF jamming signals, or conducting illicit audio/visual surveillance. As former Department of Homeland Security Secretary Kirstjen Nielsen said in a letter to the ranking member of the Committee on Homeland Security and Government Affairs: “the threat is real.”

The U.S. Senate recently passed bipartisan, co-sponsored legislation – the Preventing Emerging Threats Act of 2018 – which represents a critical step in enabling the government to provide legal authorities to detect, track, and mitigate threats from small drones. The bill also provides the Department of Homeland Security (DHS) with specific authority to develop, test and deploy advanced counter-drone technology to mitigate the threat.

It was no wonder then, that I overheard several ISC West attendees say there are more counter-drone exhibitors than drones.

Given $100K, would a security director for a stadium or airport or critical infrastructure site purchase a drone or counter-drone system? The threat posed by drones to these markets makes the answer clear – and it provides a true business opportunity for security integrators. But first, integrators must navigate a labyrinth of legal issues and technology choices before making an informed recommendation to clients who are faced with this sort of threat.

The term counter-drone technology (or cUAS) has come to mean a combination of “passive” drone detection and “active” drone mitigation systems that are used to disrupt, disable, take control of, or destroy a UAS.

Typical active counter-drone solutions are often seen at demos on the show floor at ISC West or GSX – the ones with the huge “drone pen” that demonstrate how a certain technology can stop a drone dead in its tracks. In fact, active cUAS systems will most likely perform the following:

Active counter-drone solutions are designed to mitigate risks in a variety of situations. These solutions are obviously targeting malicious drone use over sensitive areas and events, but they are also designed to combat the transport of weapons and drugs into prisons or across borders; and to stop the illegal acquisition of intellectual property via the use of drones for spying.

Infringement of airspace is another major driver of active counter-drone solutions. In late December of 2018, hundreds of flights were cancelled at London’s Gatwick Airport due to drone sightings close to the runway. The cancellations affected nearly 140,000 passengers and 1,000 flights traveling in advance of the Christmas season.

Drones can add risk to many lives by straying into flight paths. “Just say no to drones,” one West Coast-based United Airlines pilot said. “They are bad in flight, on approach or takeoff.”

If you try, as a U.S. citizen or law enforcement officer, to deploy an active cUAS to protect human life, you may be at risk of criminal liability for simply protecting the public.

The Preventing Emerging Threats Act of 2018 authorizes the basic operation of an active cUAS by a DHS agent. Additionally, congress granted active counter-drone technology use to the Departments of Defense and Energy in December 2016, and recently, the FAA Reauthorization Act of 2018 granted similar authority to use active counter-drone technology to the Departments of Homeland Security and Justice. Neither of these laws currently provide autonomous authority to deploy and use active cUAS as a standing asset to protect airports; however, the Gatwick incident prompted DHS and DOJ to assess how their authorities would cover response to persistent UAS disruption of operations at airports in the United States.

Although the deployment of active counter-drone technology comes with a good deal of legal due diligence, the array of net-launching, parachuting, energy-targeting, active disrupting tech continues. Here is a sampling of some of the technologies available:

DroneDefender by Battelle was recently acquired by passive counter-drone solution provider DeDrone. The directed-energy countermeasure is delivered via a weapon-like rifle, quickly disrupting the adversary control of the drone and neutralizing it so that no remote action, including detonation, can occur.

DroneDome has been used by British and U.S. special forces during their fight against the Islamic State of Iraq and at Gatwick Airport. It uses radar, IP video imaging system, RF signal detectors and active measures like deployed netting.

Dronegun Tactical from Droneshield jams the signal between drone and pilot. It allows for a controlled management of drone payload such as explosives, with no damage to the drone itself or surrounding environment due to the drones generally responding via a vertical controlled landing on the spot, or returning back to the starting point (assisting to track the operator).

Excipio, Dronecatcher and Sparrownet all use nets launched air-to-air, resulting in a parachute deployment and gradual descent of the disabled drone. Skynet uses 12-gauge rounds as the delivery system, and the shells separate into tethered pieces after firing, creating a web that is 5 feet in diameter. Skywall is a mobile, ground-launched non-destructive net capture system.

Skysafe uses radio frequency signals projected from a perimeter of nodes or even a mobile carrier, and force unapproved drones to leave or land.

Skyfence is used by a number of prisons to form a virtual wall around a perimeter, using signal disruptors to jam the drone’s control signal, while a net deployment captures the drone for a gradual descent.

Passive counter-drone systems typically leverage some form of RF scanning, radar, Lidar, video-based object recognition, and detection of drone connectivity suites to achieve early warning and detection. As far as legal issues, these solutions would not be in violation of any laws, because they do not actively disable, destroy or otherwise endanger people on the ground.

That means than these passive solutions are ideal for vertical markets that do not have government authorization to actively remove drones from a particular airspace – such as airports; corporate campuses; critical infrastructure sites including data centers and utilities; stadiums, arenas and outdoor event venues; prisons – the list goes on.

Dedrone’s DroneTracker is a classic passive counter-drone detection system that locates and classifies radio frequency protocols in drones. When a drone is within protected airspace, the flightpath data is used to locate the drone, determine how far from the “safe boundary” of a facility and archive the flyby or incursion for future forensic evidence. DroneTracker – unlike active solutions – does not need a license to operate.

“Before you take any steps in determining where is that drone in your airspace, the liability tied to taking down a drone needs consideration,” says David Greenberg, Dedrone’s VP of Global Sales. “The goal is putting in procedures to minimize the risk of having a drone enter (a client’s) adjacent airspace by using RF sensors as passive devices listening to signals that drones emit. Most drones operate on various protocols, and we have put these signals into database available via a Cloud based platform – as soon as new update is available, it pushes them out to the RF detection devices.”

The DroneTracker requires three units to localize drones – one acquires the drone’s airspace location, then hands to the others to track so the first can resume “first detection” function. Flight patterns are recorded in airspace, all sensors illustrate in real time every drone device detected through current location and “heat maps” displaying over time where the most activity is. The company plans to leverage Artificial Intelligence to illustrate projected flight paths based on drone’s behavior, which will optimize the number of sensors required in the future; for now, the number of sensors is dependent on the airspace.

The stadium and arena markets represent a lucrative opportunity for security integrators, regardless if the facility is open or has a closed roof. AeroDefense, a provider of domestically legal drone detection systems, has provided its AirWarden product to MetLife Stadium, home of the New York Jets and New York Giants NFL teams and host of many large-scale events including concerts, international soccer and college football games.

AirWarden locates both pilot and drone and has been in use at MetLife for two seasons. “RF is currently the best solution to identify where the drone and operator are, and the only one that we found that can detect the drone and controller when the RF connection is first established,” Daniel DeLorenzi, VP of Security & Safety Services for MetLife Stadium, said in a press release. “Therefore, it is possible that we can detect the drone before it even takes off.”

The deployment of any wireless transmission or detection system requires an RF survey. During NFL tailgating, the background RF noise at MetLife Stadium can be significantly greater than a normal urban environment. This is due to fans live-streaming television, using cell phones, dashcams and even WiFi-enabled tailgating grills. “We’ve worked diligently with MetLife Stadium and our team of developers to optimize the detection capabilities of the system,” says Linda Ziemba, CEO and founder of AeroDefense.

The video surveillance industry itself may present a challenge to passive counter-drone technology-specific manufacturers. There are nearly 90 IP camera and Video Management System companies who cite passive drone detection as a capability. About a third of them are focused on software solutions, while the rest are largely providing IP cameras as a primary manufacturer or third-party provider through OEM arrangement.

Artificial Intelligence will also be a driver of product innovation in this space. SpotterRF, for example, has multiple radar-based passive drone detection products, and at GSX, the company introduced enhancements to its software platform with Machine Learning and AI for the automatic classification of targets.

“The AI classifier and trainer are an excellent tool to further reduce false alarms and reduce the workload on the operator,” Logan Harris, CEO and founder of SpotterRF, said in a statement. “After the operator manually classifies 30 tracks or more of at least two different types the AI is able to differentiate between those types, such as between cars and people or birds and drones with confidence that increases as more tracks are classified.”

Visual tracking by sending longitude and latitude coordinates to a PTZ camera is vital, as object recognition systems already built into passive counter-drone systems can detect drones far earlier than humans. Automating the end-to-end solution brings us back to the need to employ readiness levels: Potential incursion, Attack in progress, facility lockdown or evacuation, threat resolution.

Editor’s Note: This article is Mr. Surfaro’s second in a two-part series that examines the business opportunities that drone present for savvy security integrators. Read the first article on drone technologies at www.securityinfowatch.com/21086069.

Money from the Sky

Federal, local use of counter-UAS solutions still up in the air 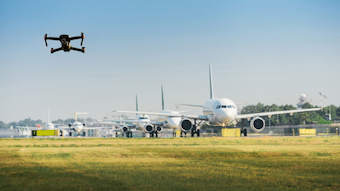 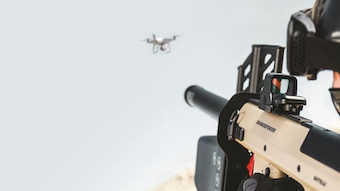 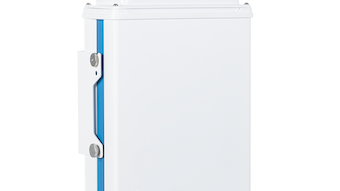 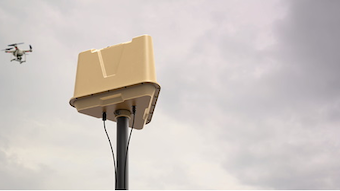 Bosch partners with DroneShield in the counterdrone space 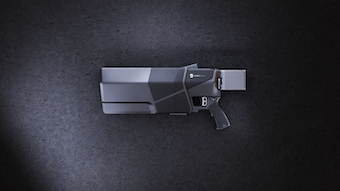 Solution can effectively cover distances of 500m and under
DroneShield
Jul 15th, 2019 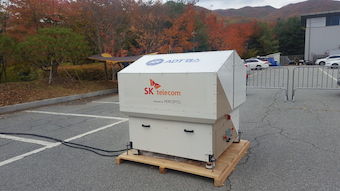 Percepto is the only Drone-In-a-Box (DIB) solution providing a range of communications schemes to its global customers
Percepto
Apr 30th, 2019 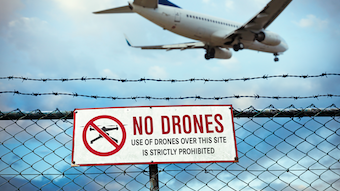 Until laws catch up with drone technology, security integrators must be ready to provide customers with defensive tools and plans
Nancy Ford
Jan 18th, 2019